Entomo AgroIndustrial is a Spanish company with the mission of enabling companies to transform waste from the Food Industry into sustainable food for animals using insects. The company was created as a platform of professionals and companies that allow companies to start projects of recovery of waste.

Two distinct areas of activity are established: Technology Transfer and Research and Development. The company’s mission is to enable the transformation of waste from the Food Industry into Sustainable Food for animals using insects. Their main line of business is the transfer of technology to their customers, for the construction of factories that allow the treatment of 200Ton/day of food waste for the annual production up to 3,000 Tn of raw insect meal.

I am a very enthusiastic person with everything related to nature, especially all the things related to care and production. I started studying Agricultural Technical Engineer in Horticulture from the University of Almeria, Spain. After that, I continued a BSc. in Green Business, 2007 in HAS Den Bosch, Den Bosch (The Netherlands), a MSc. in Horticulture and International Business, graduated with merits, 2008, in Essex (United Kingdom) and is a PhD candidate in Applied and Environmental Sciences (Title of PhD Thesis Project: Diets and rearing systems for high growth performance of arthropods). After years working with insects, I have contributed to the Spanish patentP101262, a new diet for the arthropod predatory mite production and principal. Also, I have been contributing to scientific documents being the author of the book Chapter 6: Insect Mass Production Technologies. INSECTS AS SUSTAINABLE FEED INGREDIENT, ed Elsevier. In 2008, I have been awarded with Torres Quevedo, a national grant internship in development of new mass rearing system for predatory mites. With time I have become an expert in insect mass rearing and have been performing as R&D manager in several enterprises. I have also served as a FAO Consultant in biological pest control and mass rearing systems implementation in the Middle East (TCP/RAB/3402 and UTF/SAU/025/SAU). Extensive experience in managing research teams, as R&D project coordinator of national and international projects, being project leader in the European project Eureka-Eurostars Predmitefeed E!9103 and R&D coordinator of Entomo in the VALUEWASTE Project (H2020-CE-SFS-25-2018)

We are Entomo AgroIndustrial, experts in industrial insect farming. Since 2016, we have operated as an engineering consultancy, specialised in customer projects for organic biowaste valorisation using Black Soldier Fly (BSF) larvae, which feed on & convert biowaste into bio-based products: protein, oil, chitosan and fertilizer.

We are based in south-east Spain, where in 2019 we constructed our first pilot plant with a small-scale breeding farm. Our team counts with 10 professionals with expertise in entomology, biotechnology & business development. 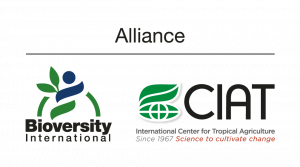